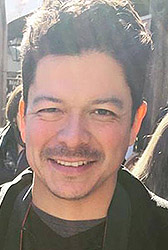 Ben Olivo is editor and co-founder of the San Antonio Heron. In 1996, he began working in the San Antonio Express-News’ sports department, compiling high school football scores on Friday nights. Over the next 19 years, he moved about the newsroom — from business news to metro, from features to mySA.com. From 2008 to 2015, he wrote The Downtown Blog, an online page from which the Heron is largely based. He left the Express-News in 2016 to give politics a try, but politics chewed him up and spit him out after six months. At the beginning of 2017, he joined Folo Media, a journalism nonprofit backed by the H.E. Butt Foundation that chronicled San Antonio’s inequality. Soon after joining Folo Media, he was promoted to managing editor, overseeing a small newsroom of reporters. He left Folo Media in February 2018. 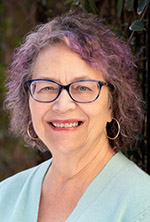 Crystal Darby is a business advisor at the UTSA Small Business Development Center. She joined the SBDC in 2011 and helps small businesses start, grow, and develop effectively. Her specialties are interpersonal communication, business writing, team building, managing change, presentation skills, marketing, business plans, and small business development. Prior to that she owned Crystal Communications for 12 years and was development director for the Healy-Murphy Center from 1997 to 1999. She grew up in San Antonio and holds a bachelor’s degree in radio-television-film from the University of Texas at Austin and a master’s degree in public administration from the University of New Orleans. 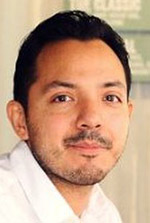 Mario Ochoa is the co-founder of Sammis|Ochoa, a San Antonio-based public relations and marketing firm. A lifelong San Antonio resident, Mario attended college at the University of the Incarnate Word, where he studied communications arts. After graduating in 2004, he started his career as a freelance journalist for a number of local publications, including the San Antonio Current, CityPages, and NSIDE. He later spent two years as the Editorial Manager of NSIDE Business and NSIDE MD, and eventually spent an additional two years as an account manager for Mason PR, where he met his business partner, Tanya Sammis. Mario has served on the board for the San Antonio River Foundation; San Antonio B-Cycle (now known as SWELL Cycle); and the Chamber Orchestra of San Antonio (now known as CMI San Antonio), a Tobin Center resident. 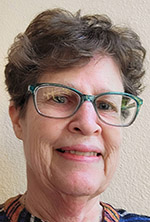 Glenda Wolin is a retired journalist, with experience in both writing and editing. She spent 21 years at the Miami Herald, and when she moved to Texas, 11 years at the San Antonio Express-News. Currently, Glenda volunteers with the League of Women Voters of the San Antonio Area, where she is vice president of Voter Services, responsible for producing the league’s Voters Guide and Vote411, and running candidate forums. She believes strongly in nonprofit and local journalism such as the Heron’s, with its focus on downtown San Antonio and surrounding neighborhoods. What happens downtown affects all of San Antonio, she believes. She is proud to be a board member and supporter of the Heron. 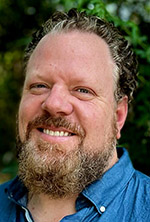 Kent Oliver has spent the past 24 years living and working in and near downtown San Antonio. In 2018, the former director of operations for Rio San Antonio Cruises opened The Dakota East Side Ice House in the near East Side neighborhood that he has called home since 2007.

Lynn Knapik moved to San Antonio in 1972 and has considered it home ever since. In 2010 she became a downtown enthusiast after moving to the Historic Pearl Brewery, into one of the first multi-use buildings. Since Pearl brought Lynn and her family to San Antonio, moving to Pearl was like coming full circle. She has participated in downtown planning efforts such as Midtown Brackenridge, SA 2020, Hemisfair, the Mayor’s Housing Policy Task Force, the San Antonio Housing Authority’s Move to Work initiative, and the Midtown Tax Increment Reinvestment Zone for eight years; which became her passion and her favorite past-time. As an independent real estate broker, Lynn specializes in urban neighborhoods through her company, Lynn Knapik Real Estate LLC, and is certified through the city’s Office of Historic Preservation as an historic house specialist. Downtown is her preferred place to live, work and play!