Construction of the federal building at 214 E. Nueva St. (shown below) is scheduled to begin spring 2019, and be completed exactly three years later. The timetable for completion — spring 2022 — is also when Hemisfair’s ambitious civic park on the southeast corner of Alamo and Market streets should be nearing its opening, Hemisfair CEO Andres Andujar said via text. 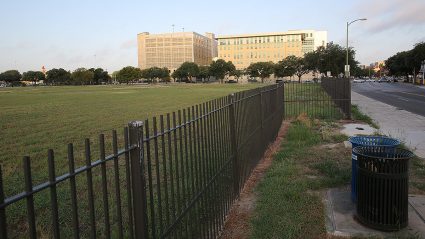 If the two plans stay on schedule, the new courthouse and Hemisfair’s civic park will be synchronized.

The timing’s importance has to do with how the final phase of Hemisfair — the southern portion around the Tower of the Americas — will come to fruition. The various courts and offices inside the old John H. Wood Jr. Federal Courthouse, which rests on the south end of Hemisfair, must be moved into the new courthouse on Nueva Street before the U.S. government deeds the old courthouse to the city in accordance with a 2010 land swap deal.

“It is possible that plans for the courthouse property and tower construction will coincide (2022-2025), although both are dependent on many factors such as planning and funding,” Andujar said.

Currently, the $58 million civic park is planned and funded, and construction is expected to start later this summer. This fall, Hemisfair will begin public meetings and workshops for the tower segment — what it should contain in terms of parkland, new buildings, etc. — Andujar said in a June interview. That’s likely to include feedback on what to do with the Wood courthouse, which was built as the Confluence Theatre for HemisFair ’68.

“If you ask me today, we don’t know,” Andujar said. “We have ideas on what we would like to see, but (the uses) depend on who applies.

“For each one of the properties, we’re going to have a listing of options. This is a good site for residential. This should be cultural on the ground floor — it could be an art gallery. We know we don’t want a dental office. We would come up with listings. Above it could be residential, office or entertainment.”

Some portions of the park remain out of Hemisfair’s control.

The GSA will retain ownership of the existing seven-story federal building at 727 E. Cesar Chavez Boulevard and the two parking lots across the street.

This year, the University of Texas at San Antonio will bring in consultants who will advise the university on what to do with the Institute of Texan Cultures and the 14 acres it sits on. 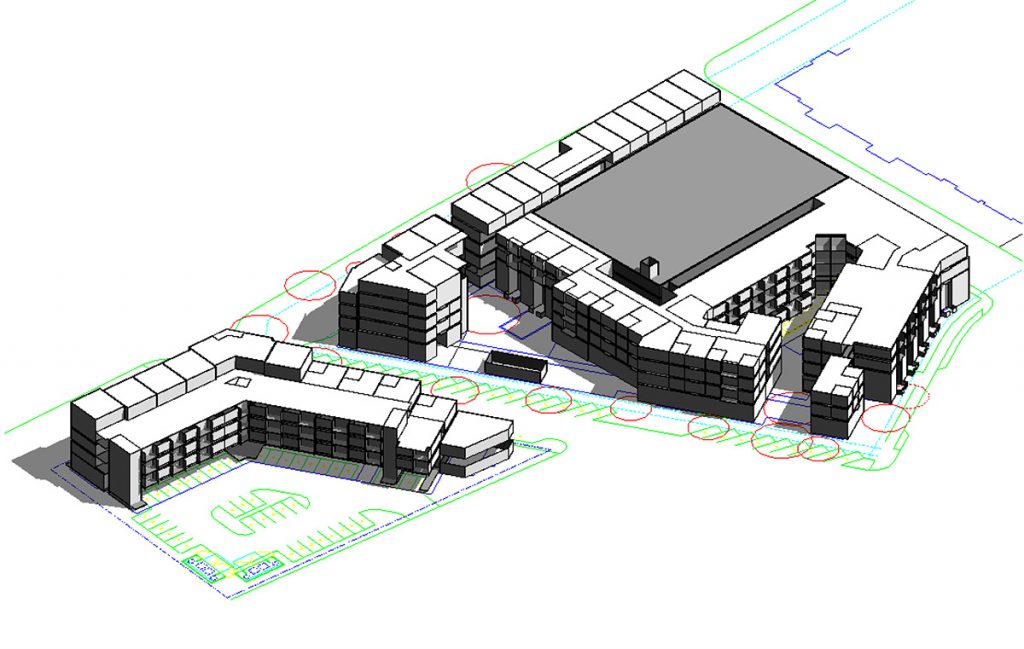 Across Chávez in the Lavaca neighborhood, the San Antonio Housing Authority is planning a 215-unit, three-story mixed-income apartment complex (above) on 3.34 acres next to its other development called Hemisview. Construction is expected to begin April 2019 and take about 20 months to build.

In February, the San Antonio Independent School District board agreed to sell its Lavaca property, which housed some of the district’s administrators, to Pearl developer Silver Ventures.