Since May, people have been settling into The Baldwin — a mixed-income apartment building at St. Paul Square. It’s hard to miss if you’re driving up and down U.S. 281. The 271-unit, four-story building neighbors the condo mid-rise Vidorra, and there’s a huge sign that sits atop the facade, facing the highway.

It’s the first major for-rent project in east downtown, where apartment developers are chomping at the bit to build, and where some who live in nearby neighborhoods are seeing home values skyrocket.

So far, at The Baldwin, 239 Center St., more than half of the units are complete, developer NPR Group said through a spokesperson. NRP Group is a national developer with a strong presence in San Antonio. On The Baldwin, the company teamed up with the San Antonio Housing Trust Public Facility Corp., (PFC) a nonprofit formed by the city of San Antonio, which helps finance projects that offer units priced below market rate.

At The Baldwin, half of the rents are considered workforce — rented to households making 80 percent of the area median income (AMI). Rents start at $1,045 square feet for studios, $1,080 square feet for one-bedrooms and $1,935 for two-bedrooms.

The property doesn’t have to pay city property taxes because it’s owned by the PFC. It did receive an incentives package worth $626,202 — a combination of SAWS and city fee waivers — under the city’s Center City Housing Incentives Policy.

They’re expected to be completed in 2018.

For more info on how the PFC teams up with developers to build these types of projects, read this article by Express-News real estate reporter Richard Webner from earlier this year. 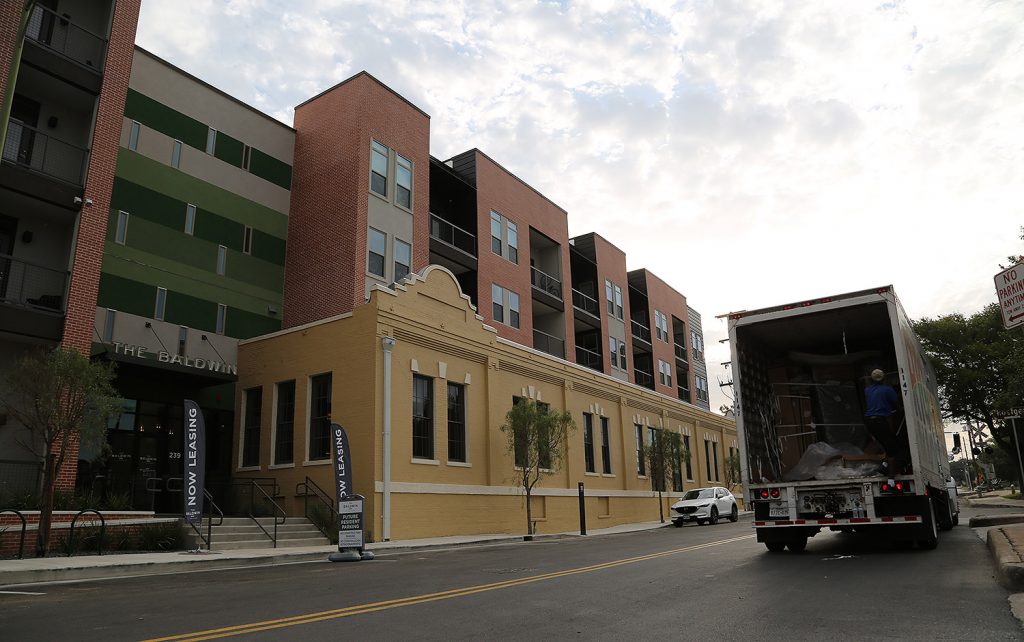 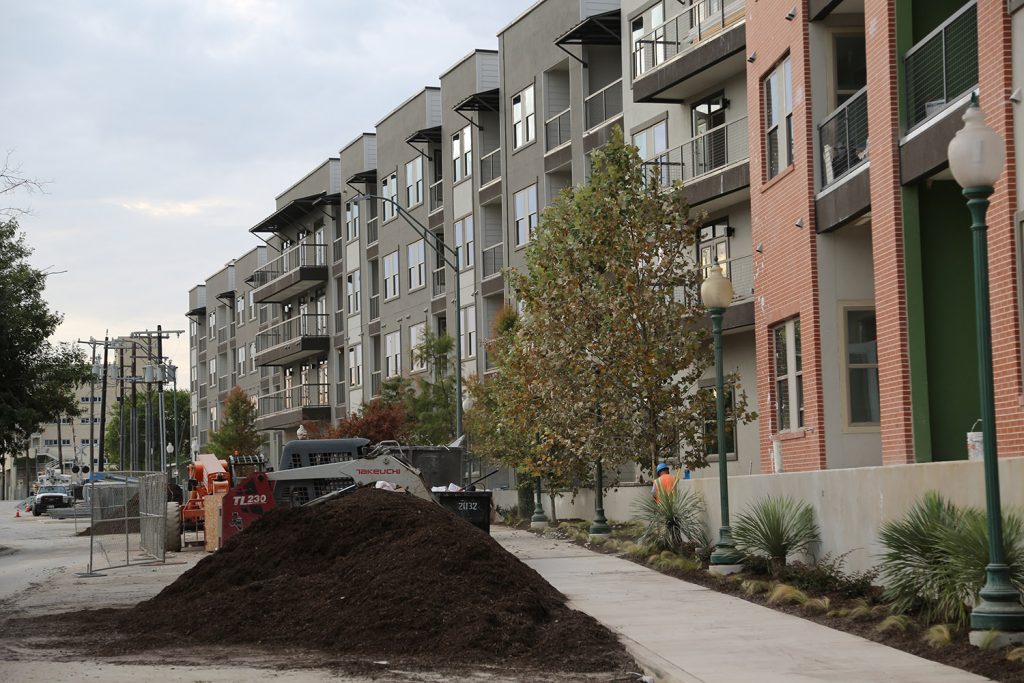