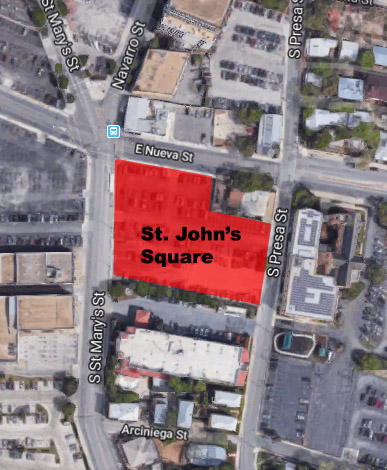 A parking lot near La Villita, primarily owned by St. John’s Lutheran Church, could end up as the site of an eight-story, mixed-use apartment building — a combination of workforce and market-rate units, retail space and a rooftop pool.

The project, known as St. John’s Square, would sit on the southeast corner of South St. Mary’s and East Nueva streets, a 1.3-acre lot just west of the church. It could cost upwards of $50 million to build and offer around 250 units.

McDaniel said roughly 80 percent of the units would be leased at market-rate rents, while 20 percent would be considered workforce housing and therefore offered to people making 80 percent of the area median income (AMI) — which, in San Antonio, would amount to $50,800 for a family of four. However, the project’s details are still being negotiated, he added.

“We’re real happy to be in the design stage of this project, because it helps the community,” McDaniel said. “It helps the church and we think it’s going to be pretty special.”

In 2013, McDaniel met Oliver Gunnels, who managed the St. John’s lot, and who also lived at the Steel House Lofts, when it was a for-rent property. Gunnells connected McDaniel with church officials who asked him to build a parking garage on the lot.

But McDaniel wasn’t excited about building just a garage. Later, he instead proposed adding apartments and retail space to accompany a parking structure.

The church agreed and the two sides spent nearly five years working out the details of the arrangement. McDaniel signed a 99-year lease on the property in February. In return for the lot, St. John’s will receive a package that includes parking spaces, and revenue from rents, he said.

Rents for the workforce housing are still being negotiated, said Tim Alcott, SAHA’s real estate and legal services officer. So are the exact percentage of the total units that would be reserved as workforce housing.

While the Steel House Lofts connected McDaniel with the property, SAHA played a role, too.

After the Steel House Lofts became a for-sale product in 2014, SAHA President and CEO David Nisivoccia purchased a unit and soon met McDaniel, who wasn’t familiar with SAHA’s mission.

So when Nisivoccia pitched making the St. John’s Square project a SAHA partnership with workforce housing, McDaniel was game.

The project is due to receive $3.2 million in city Center City Housing Incentives Policy incentives — an estimated $2.3 million in city tax rebates over 15 years, along with city and SAWS fee waivers and a mixed-use loan for the retail build-out.

Another funding method being considered, aside from the traditional mortgage-equity partners combo, is from the Opportunity Zone, a federal program that offers investors tax incentives for contributing funding to distressed, low-income areas prime for revitalization. It’s unclear whether the St. John’s Square project will get the funding or how much money the project could be eligible to receive.

Both Alcott and McDaniel said the capital details are still being worked out. 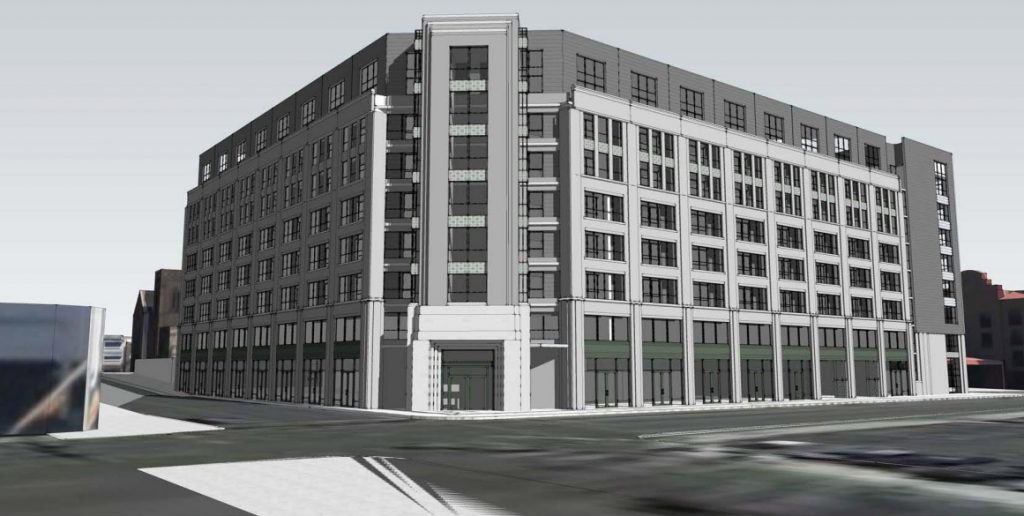