Earlier this week, on Wednesday, developer GrayStreet Partners received the final go-ahead from the city’s historic review board to proceed with the adaptive reuse of the old San Antonio Light’s print building on the corner of McCullough Avenue and North Alamo Street.

GrayStreet, which owns several prominent properties throughout downtown, has been renovating the former newspaper’s two buildings at 420 Broadway — the main office building and the aforementioned print facility — into Class A office space.

So far, architecture firm Ford Powell & Carson, which will occupy the ground floor, is the only tenant GrayStreet Partners has announced.

“We have several other deals working, but none that I can confirm just yet,” Peter French, GrayStreet Partners’ director of development, said via text after the Historic and Design Review Committee meeting.

He also couldn’t confirm a timetable for the buildings’ completion, saying that each phase had its own completion date.

For years, the Light office and print buildings were connected by a sky bridge, and even after the paper closed in 1993.

GrayStreet plans to actually merge the two buildings via a vertical, multistory connector. It’s also adding two floors on atop, and parking beneath, the print building. 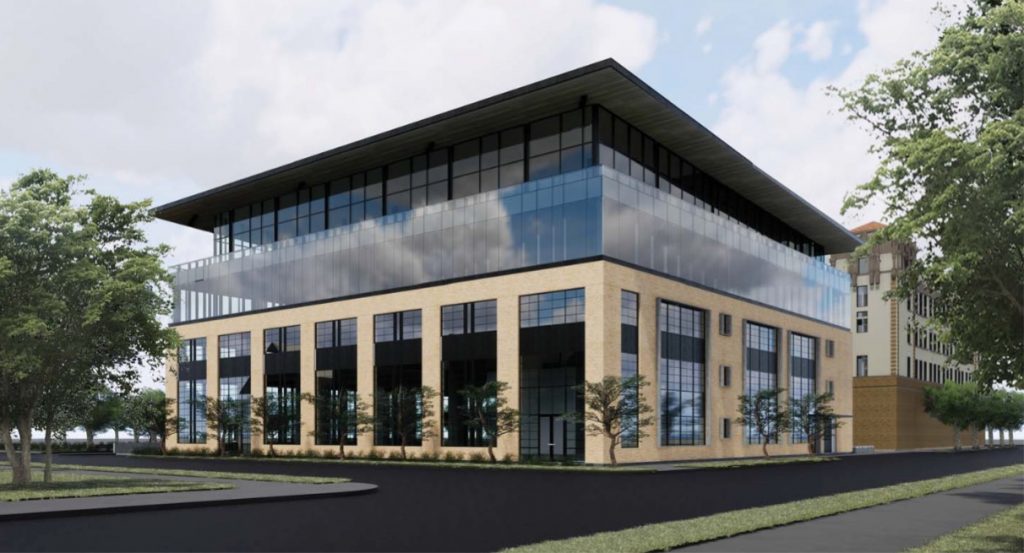 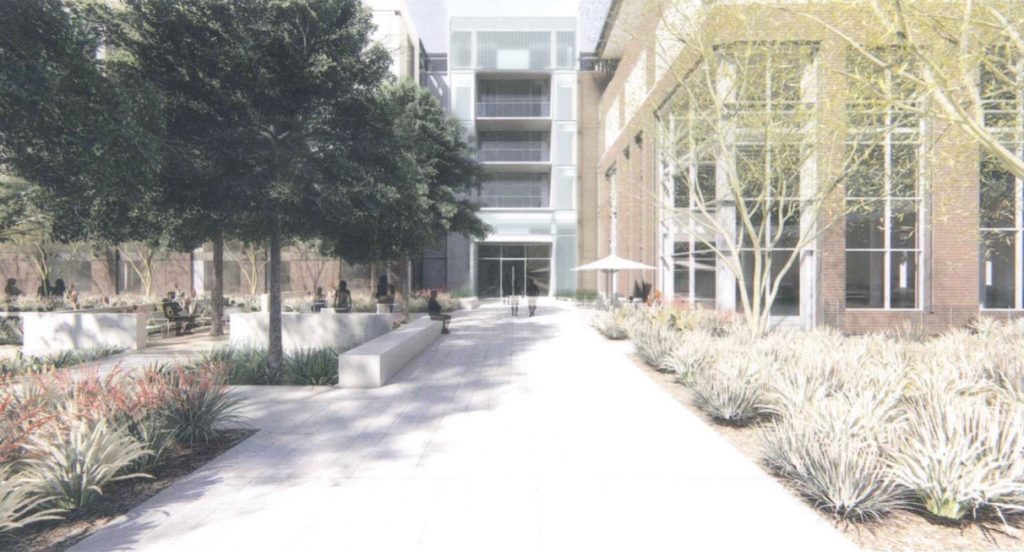 Setting It Straight: The original version of this article had the wrong year the Light moved into the building at 420 Broadway. It was 1931.