The Pearl is literally expanding right now. Two huge additions — the 10-story Credit Human headquarters on Broadway and the Brewery South apartments on Newell Avenue (the crane above) — are well into construction.

On Tuesday, the Zoning Commission cleared the way for more expansion by rezoning 11 properties south and west of the Pearl, including the old Samuels Glass Co. and Fox Motel sites on Newell Avenue.

The rezoning gives Silver Ventures, the Pearl’s developer, essentially carte blanche to add apartments, a high-rise office building, a hotel, a brewery, outdoor music venues and restaurants on the properties, including four acres on the other side of the San Antonio River.

The types of buildings, construction timeline and other details are still being worked out, Frank Burney, an attorney representing Pearl, said after the meeting.

In 2017, Bill Shown, managing director of real estate for Silver Ventures, told the San Antonio Business Journal that an announcement on “Pearl 2.0” could come late 2018 or early 2019.

In an email to the Heron after this post was published, Shown said there was no timetable for announcing plans.

“As you’ve probably noticed with other parts of Pearl, we are very deliberate in planning and conceptualizing, and move only when we’re convinced that a concept is compelling,” Shown said.

Through letters returned to the city, the Tobin Hill Community Association is in support of the rezoning. In all, the city received 28 letters of support from property owners — five in favor of the tiny Fox Motel rezoning, and 23 in favor of the remaining properties — and none in opposition. 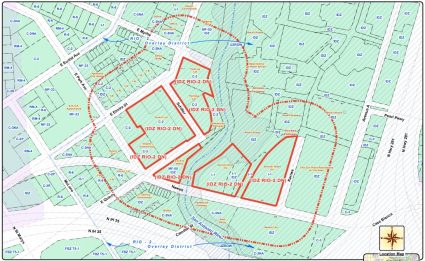 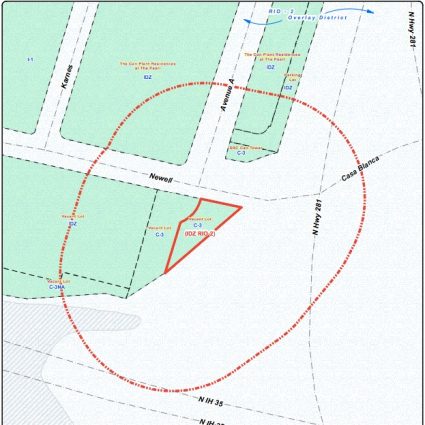