Editor’s note: This story has been update with the approval of the Historic and Design Review Commission vote.

Rosario’s owner Lisa Wong is rehabbing two historic brick structures on Main Plaza—one from the 1870s, the other from the 1920s—into a mini mixed-use development. The project will include a “hospitality-related” tenant on the conjoined first floors, and two luxury apartments on the upper floors.

“I’m talking to a major retailer right now, and then I’m going to do two high-end work-live spaces above with a rooftop,” Wong said.

The plans for the rehab, which were crafted by Ford, Powell & Carson Architects & Planners, Inc., were approved by the Historic and Design Review Commission on Wednesday.

Wong did not go into specifics on the potential retail tenant. The upstairs apartments would have rooftop terraces.

The two-story structures at 114 Main Plaza are known as the Ramsey (the tallest of the two) and Ford buildings—build in the late 19th- and early-20th centuries, respectively.

Wong, who’s owned the buildings for six years, said the project would cost “a few million.” She said she’s tapping into much-needed state and federal historic tax credits to fund the project.

“It’s a historic building and to restore it to its original grandness—it’s almost necessary,” said Wong, who said she considers the structures to be one.

On the older Ramsey building, rehabilitation work includes repairing the limestone masonry walls and plaster cornices and sills. It also includes the installation of a rear balcony facing the River Walk.

Work on the Ford building includes removal of a “non-historic garage door” and filling it in with masonry, and the installation of an elevator.

For decades, the Daughters of St. Paul ran the Pauline Books and Media store from the structures. 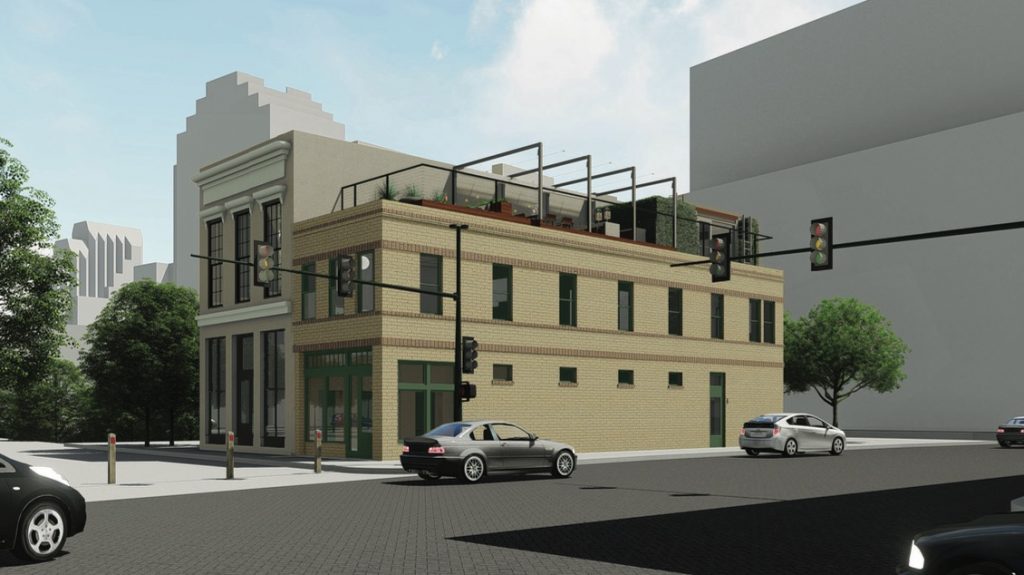 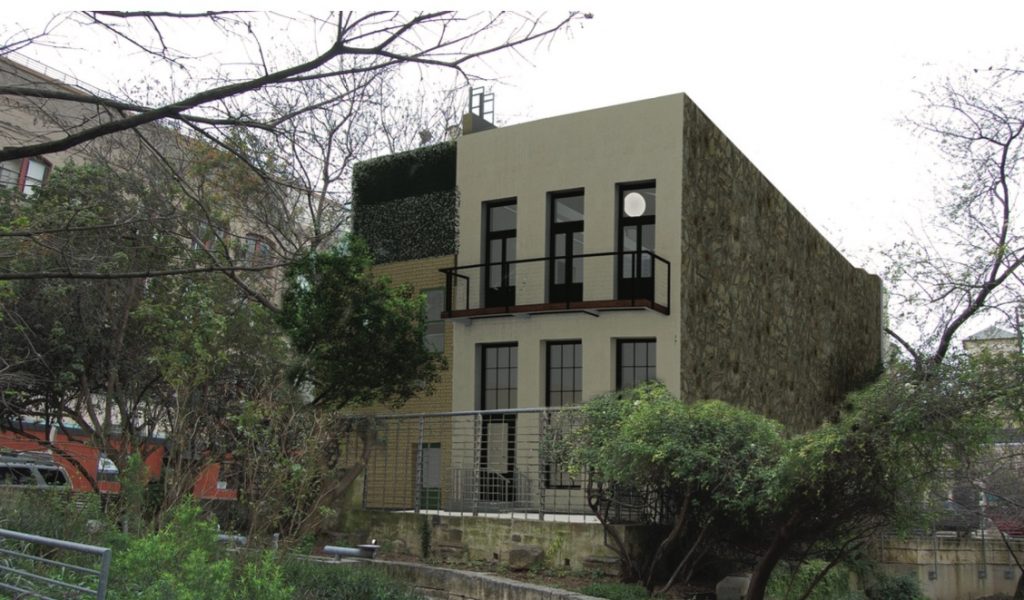