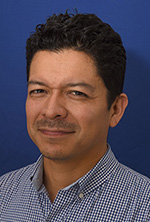 Downtown Dispatches is a column of analysis.

A redevelopment as big and ambitious as the 32-acre Lone Star Brewery site, which sits on the upper banks of the Mission Reach segment of the San Antonio River south of downtown, comes with plenty of eye-popping numbers baked into it.

Only one figure mattered most when the City Council approved a $24 million incentive package for Lone Star on Thursday: 25 years. That’s how long the former brewery has sat vacant.

At the council meeting, and in previous public discussions, officials rhapsodized about how it appeared the fourth development attempt was a charm for the seemingly cursed Lone Star. Or, they reminisced about the pool, once one of San Antonio’s cherished gathering spots.

Although I was a teenager in the latter days of the Lone Star Brewery at its South Side location, I mostly think of it as industrial ruins alongside the cratered road that connects Roosevelt Avenue and Probandt Street.

Developers Midway of Houston and the local GrayStreet Partners plan to create a mega mixed-use development composed of 1,282 apartments, 186 hotel rooms, nearly 360,000 square feet of office space, and 65,000 square feet of retail and restaurant space over the next 10 years. It will total 1 million square feet of developed space.

The $24 million are reimbursement dollars Midway and GrayStreet Partners will receive over the next 15 years for infrastructure work they’ll initially fund—rebuilding Lone Star Boulevard, burying overhead power lines, storm drainage work, etc.—to prep the site for actual construction. Those dollars come in the form of rebates on property taxes they pay to the city.

Any concerns about the sheer size of the tax break package, or over the potential displacement of nearby residents from the rise in property taxes that a development this large will surely help aid, were outweighed by the fact that someone is finally doing San Antonio a favor by breathing new life into these ghostly shells.

It was only in the second half of the council discussion when the gushing stopped and critical analysis began.

District 9 Councilman John Courage cast doubt that the “affordable” apartments included in the project would indeed be affordable. He also criticized the lack of a document in the agreement that outlined exactly what infrastructure items the developers would be reimbursed for from the $24 million, details city officials said would be worked out after the council approved the deal.

District 8 Councilman Manny Pelaez was disappointed that Midway and GrayStreet Partners weren’t required to pay a “prevailing wage” to construction workers if they didn’t want to, as stipulated in the agreement’s fine print.

District 7 Councilwoman Ana Sandoval took the most time playing devil’s advocate, mostly wondering why Midway and GrayStreet Partners didn’t look into other incentive options, such as a Property Assessed Clean Energy grant, which could have potentially offset the cost of the $24 million the city is contributing in tax dollars.

There’s much to digest. Let’s dive a little deeper.

I’m still not sure where the $24 million Lone Star incentive package ranks for an urban development in San Antonio.

Officials with the city’s Neighborhood and Housing Services Department told me twice that the Red Berry Estate and the Arts Residences had larger incentive packages, but have yet to get me exact numbers.

It’s easy to believe the Red Berry Estate’s incentive package could exceed $24 million because it’s similar in scale to Lone Star. But the Arts Residences? These are the 59 condos that were included in the newly-opened Hotel Thompson San Antonio high-rise across from the Tobin Center for the Performing Arts.

Now, we’re being told the total incentives for the Arts Residences were north of $24 million. For 59 condos?

Back to Lone Star.

Other taxing entities will benefit from a redeveloped Lone Star, no doubt. Remember, the rebates only apply to the city’s slice of the property tax bill. The San Antonio Independent School District is due to receive $130 million in new tax revenue as the Lone Star is built in phases and gains value over the next 15 years. It should be noted, these are Midway-GrayStreet’s estimates.

As District 5 Councilwoman Shirley Gonzales emphasized, the $24 million ask is roughly 4% of the total cost of the project—which is either a good or bad thing depending on your opinion of the government’s role in subsidizing development.

It’s important to put the $24 million Lone Star package in the proper context because taxpayers need to know what exactly it is they’re being asked to support or oppose—for council members, what they’re voting on. We needed the history of what the city has incentivized before, to be able to weigh and compare—which we never got.

During the meeting, city officials talked at length about a $15,000 impact study, which Midway-GrayStreet is funding. Vero Soto, director of the city’s Neighborhood and Housing Services Department (NHSD), told the council that no direct displacement is occurring in this case because no one lives on the property. Indirect displacement will be harder to study because, as Soto points out, no neighborhood actually abuts Lone Star—which is true.

However, homes are very close, and the ripple effect of a development of this magnitude is sure to impact property values within a mile, probably even farther away. Also, Midway-GrayStreet is looking to purchase land that would expand the current Lone Star footprint, thus potentially bringing the development’s edge to single-family homes.

The report will inform the city on how best to use the $818,000 Midway-GrayStreet is contributing to the city’s affordable housing fund toward anti-displacement efforts in the area. Though those dollars won’t be produced anytime soon, the city has other tools at its disposal, including a likely future housing bond (now that voters approved the Prop A charter amendment a few weeks ago) to help aid in keeping longtime residents in place.

The $24 million has the support of the Lone Star and Roosevelt Park neighborhood associations. But there’s still an awful lot of concerns from other residents.

Heron contributor Richard Webner interviewed Barbara Casarez, who lives a quarter-mile west of the former brewery. “I don’t want to have to move to where there are tons and tons of people, in the suburbs,” she said. “I want to stay on the South Side. My parents are here. You know what I mean?”

Gonzales acknowledged these concerns. Her larger point was that the inner South Side hasn’t seen this level of investment from the private sector perhaps ever.

“There’s a lot of talk of gentrification, but the reality is that more people leave our district than come in because we don’t have amenities,” she told Webner. “And that includes new housing, it includes regular amenities that everybody wants, like restaurants of different varieties, retail experiences, offices.”

Affordability, or lack there of

City officials and Midway-GrayStreet execs describe 20% of the Lone Star District’s housing, or 256 units, as “affordable.” But we know better by now. To read more about how apartments priced for people making up to 80% of the area median income are not affordable in San Antonio, read, “It’s time to call BS on workforce housing.”

How does the city justify a $24 million incentive package for a development that will produce housing on the upper end of the rent spectrum? Because the agreement is couched for economic development, known as a Chapter 380 grant. Usually, at least downtown, we see developers receive tax rebates for pure housing, or housing with some retail. The return on investment for taxpayers is supposed to be a denser downtown, which begets a more vibrant downtown, which comes with a slew of economic benefits for the city, as pro-development arguments go. Only until about two years ago did the city demand a portion of those rebates go toward the affordable housing fund.

With Lone Star, the rebates are for infrastructure upgrades, as tax increment reinvestment zones are designed to do, for a more holistic redevelopment that includes hotel and office, retail and public spaces, not just housing. The public benefit is Midway-GrayStreet, in partnership with the city, taking this decaying eyesore off San Antonio’s hands, so to speak, by turning it into a place the public can enjoy.

It should be noted that the King William district (where, in full disclosure, I rent an apartment for under $1,000 a month) is also included in 78204.

But, again, this package is for economic development, not just housing.

And besides, as Councilwoman Gonzales and Mayor Ron Nirenberg pointed out: This project is a perfect example of why tax increment reinvestment zones, or TIRZs, were created—to reimburse infrastructure costs to make projects more economically feasible for developers. True.

What’s also true is that the city recently began using TIRZ dollars to fund affordable housing. Why not use TIRZ money to make these below-market units truly affordable? Soto told me that this deal was couched as an economic development package from the start, but that lowering the cost of 80% AMI units is something NHSD is working with the developers on.

At the end of the day, this property will come back to life after …

I’ll end with this: I, too, am glad it appears the Lone Star Brewery site will finally be redeveloped. A more critical analysis, for an incentive deal this historic, was needed.

Downtown Dispatches is a column I’ll be attempting every Sunday. Let’s see how it goes.