A few hundred mourners gathered in front of San Fernando Cathedral at Main Plaza early Wednesday evening for a vigil for the 19 children and two teachers killed on Tuesday inside Robb Elementary in Uvalde. They joined local politicians and spiritual leaders for 21 minutes of silence in honor of the victims. Afterward, anyone was given the opportunity to speak their mind about the shooting, gun violence in America, anything.

Roxann and Phillip Peña and their two children, Josiah Rodriguez and Amisty Peña, embraced each other during the minutes of silence while wearing crimson shirts that read “Pray For Uvalde.”

“I don’t have family out there … it’s just being a mother of four,” said Roxann Peña. “It’s not something that you ever want to happen in your life.”

Peña made the shirts in solidarity with the small city 80 miles west of San Antonio. 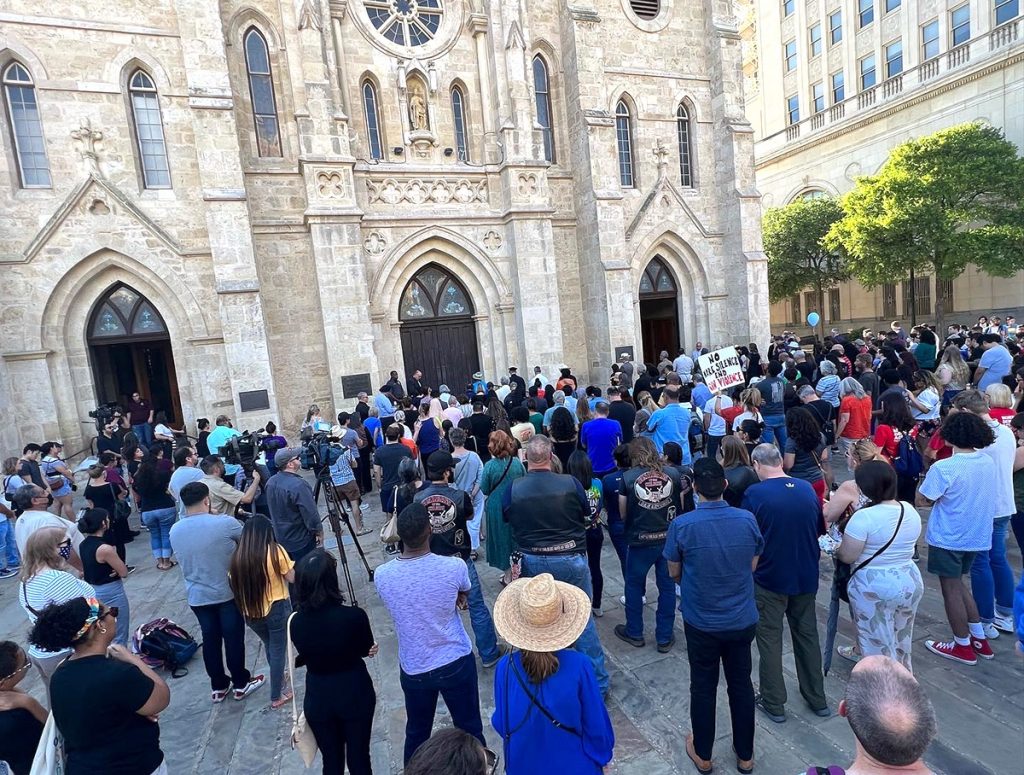 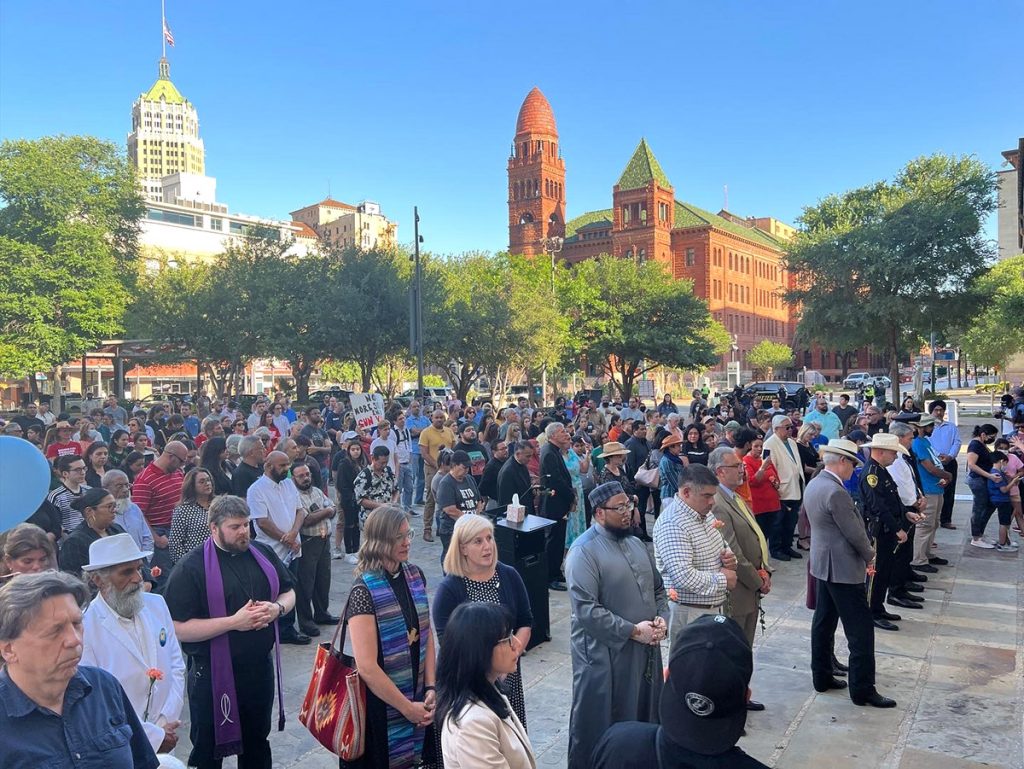 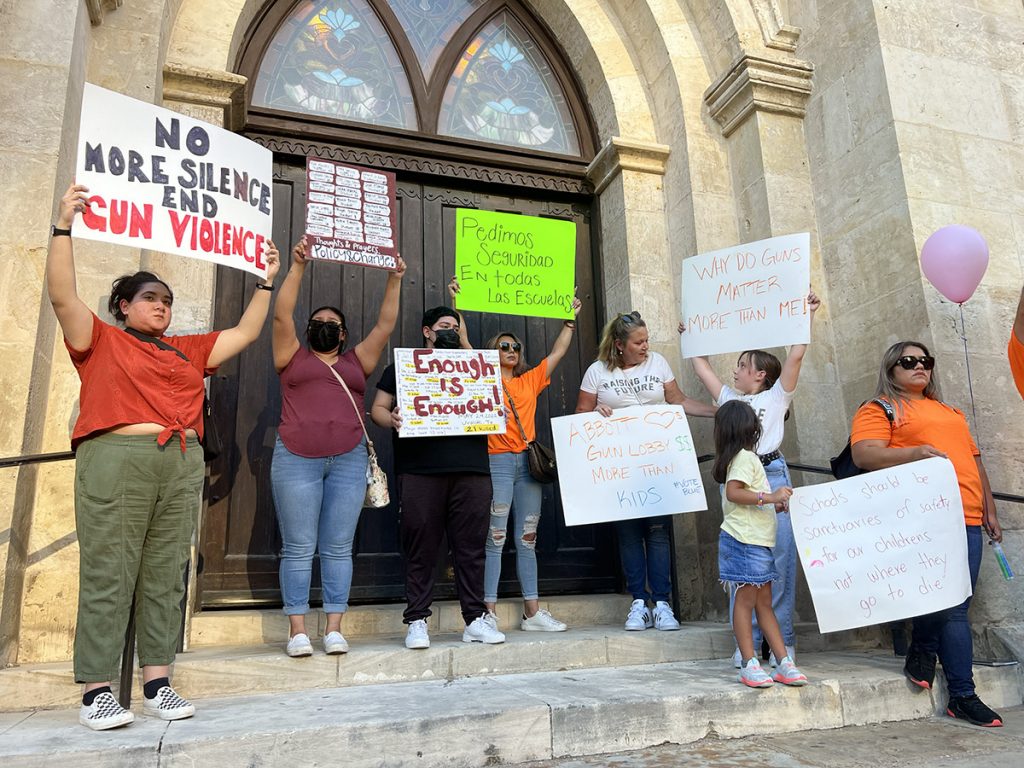 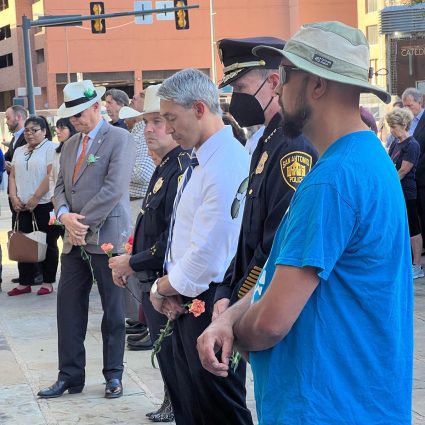 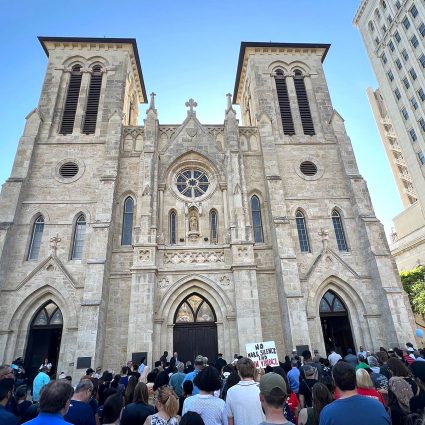