Matt McLaughlin and Maray McChesney, the husband-and-wife team behind Bexar Tonics, never envisioned becoming the creators of this city’s first tonic syrup. In fact, what began as a kitchen hobby in 2016 was never intended to be sold.

The couple made their own botanical cocktails using fresh herbs from their garden, but the artificial ingredients in mass-produced tonic waters made McChesney sick. So, McLaughlin began making his own.

Over the course of six years, the couple has gone on a journey from experimenting with their own homemade tonic syrup to it being sold and used in local restaurants, bars and retail stores this past year. And now they are working with supermarket chain Whole Foods Market to begin having their product sold in San Antonio stores in 2022.

“We were just making the syrups for ourselves and from time to time, we gave them to friends and family to try,” McChesney said. “People would tell us that we should sell our product, but we always brushed off their idea because we had actual jobs. Also, we knew financially we weren’t set to just say, ‘Hey, let’s start a business’.”

From hobby to business

In 2016, McLaughlin and McChesney enjoyed sipping on classic gin and tonics after working on their spring herb garden in the late afternoons. But McChesney would get nauseous from the high fructose syrup that’s in most commercial tonic waters.

McLaughlin, who was working at Whole Foods at the time, began purchasing different tonic waters regularly to find brands that didn’t make her sick. He found those brands, but McLaughlin couldn’t justify spending $8-$9 on a 17-ounce high-end tonic.

Out to search for a new solution, McLaughlin became curious about the “old-fashioned” tonic syrup-making process and after some research he discovered the main ingredient in most syrups was cinchona bark, which derives from South America.

McLaughlin ordered a batch and, following its arrival, began combining random herbs together, such as lemon grass, lemon germanium—anything they grew—with the bark. They shared their creations with family and friends.

It wasn’t until the spring of 2020 when their lives would begin to change. 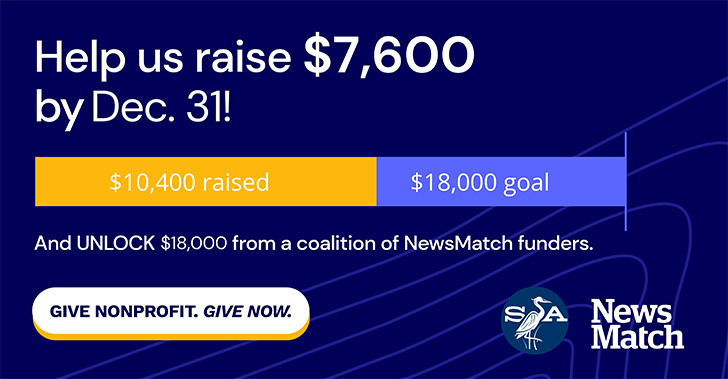 As the pandemic swept across the nation, bars and restaurants began to close, which ultimately put numerous individuals out of work. McLaughlin was among those who got furloughed from the restaurant industry.

Now jobless, McLaughlin tended to their tonic hobby to cure his stay-at-home boredom and took occasional walks through Brackenridge Park. McLaughlin came across prickly pear cactus tunas during his strolls. He described the tunas as eye popping. He brought home a dozen to make their daughter some prickly pear lemonade, and said it was an instant hit with her.

With a few left over, he combined the tunas with their tonic syrup, infused it into a cocktail and created a vibrant drink.

Amazed with the result, McChesney shared it on social media.

“People were asking me where the cocktail was from, how they could get their hands on it, and if we were willing to sell the mix,” McChesney said. “In a way the post came at a perfect time because it was during the time when people were attempting to make homemade cocktails, since bars were closed.”

They began delivering their product to individuals around town and the demand steadily grew. In their minds, the business was finally happening. They created an LLC in August and called the business Bexar Tonics, a homage to the area where they source their ingredients.

Their first big break came when Larder at Hotel Emma, the grocery and prepared foods store at the Pearl, contacted the couple about putting their product on its shelves.

“I had to make sure at first it was real since we were legit just making this out of our kitchen, barely obtained our LLC and didn’t even have an official retail space,” McChesney said. “Now you are telling me a business wanted to take on our product? It felt like we were in a dream.”

Although the couple felt the article was great for exposure, they admit they weren’t prepared for the accelerated demand. They spent Christmas Eve in the Pearl parking lot, packaging their product for Larder.

At the beginning of 2021, McLaughlin got a part-time job at Freetail Brewing Co., which freed up McChesney to quit her job at the architecture firm so she could devote all of her time to Bexar Tonics. A friend who owns a raspa shop let them use their kitchen as demand grew. During the next few months, they expanded their distribution to restaurants, bars and retail stores throughout San Antonio, including Devil’s River Distillery, The Dakota East Side Ice House, and The Point Park and Eats.

McChesney said earlier this month that they ended their partnership with Larder last March because the store wanted exclusive rights to their product.

Earlier this month, McChesney got an email from a Whole Foods representative saying that the grocery giant was interested in their product. One of McLaughlin’s former co-workers at Whole Foods had submitted Bexar Tonics for the grocer’s consideration.

McChesney describes waking up one morning with a premonition that an important message was waiting for her, and she searched frantically through her apps and emails. She found the Whole Foods email in her spam folder. They had emailed two days earlier.

“It’s surreal to think that we’re in that point of ‘How I Built This,’ when Guy Raz says, ‘Let’s talk about Whole Foods …’,” McChesney wrote the day before the meeting on her Facebook page, in reference to NPR’s popular podcast about the trials and tribulations behind the world’s best-known brands.

On Dec. 10, they met the Whole Foods representative, who had come down from Austin, outside Local Coffee at the Pearl. Nervous, they told their story as the rep tried all of the flavors. McChesney said the meeting went well, and that they are now working with Whole Foods on getting their products on San Antonio shelves next year.

McChesney talks about imposter syndrome, which is the feeling many entrepreneurs get in the early stages of their journey, when they feel maybe they weren’t cut out or competent enough to run the business they dreamed up and created. If the Whole Foods contract came through to fruition, she said, that feeling would subside a bit. They also envision their own bottling line, distribution center, e-commerce site and for their product to sit on H-E-B stores, some day.

At the end of every episode of “How I Built This,” host Guy Raz asks the company’s founder if they attribute their success more to luck or hard work.

When asked this same question, McMcChesney said she attributes their success so far mostly to hard work.

“To think our business just happened last year and see how much we have grown, it’s been a blessing,” McChensey said. “However, I would be lying if I said there weren’t any lows during our process, because it’s been a long grind for the both of us. Coming into this, you gotta realize we had no investors, no big savings. And for every bottle sold we flipped it and used that profit towards another bottle.

“To finally be able to tell people that you can find our products at Whole Foods, it would make this whole journey worth every bit.”

The San Antonio Heron is a nonprofit news organization that relies on support from readers like you. We accept donations via PayPal and Patreon (monthly only). All donors will be listed on our site.

If you care about San Antonio’s downtown and urban neighborhoods, consider supporting our 100% independent work with a donation.