Editor’s note: The City Council on Thursday approved the $43.9 million in mostly bond funding toward housing construction and rehabilitation that’s described in this article.

San Antonio is about to get one of its largest cash infusions for affordable housing in recent memory.

The city is preparing to disburse nearly $44 million to housing developers and landlords for the production of 686 apartments, the repair of another 1,775 units, and the construction of 71 single-family homes, the City Council heard in a briefing Nov. 30.

The Alazan-Apache Courts public housing expansion (West Side), the long-delayed 100-percent affordable Cattleman Square Lofts (west downtown), and the mixed-income Viento Apartments (near Texas A&M University-San Antonio) are among 14 projects due to receive funding. Others include the rehab of existing properties, such as the 254-unit Winston Square and Roselawn apartments next to John F. Kennedy High School on the West Side, and the 234-unit Arbor at West Avenue.

The bulk of the funding is being taken from the $150 million housing bond, which San Antonio voters approved in May, and which is part of a larger strategy to address this city’s affordable housing needs. The $43.9 million allocation, which the City Council is scheduled to approve on Dec. 15, is the first of two rounds of funding from the 2022-2027 bond cycle. The second round of funds is scheduled to be distributed in spring 2023.

Some housing advocates have questioned the process’ pace, saying that slowing it down would result in apartments for San Antonio’s most vulnerable populations, those that are on the verge of homelessness. City officials said they needed to break up the funding into two parts—the first, here in late 2022; and the second in spring 2023—to offer subsidies for projects that offered a range of affordability that were ready for construction, but which needed aid to complete their funding stack.

Below, we break down the apartments by affordability. You be the judge.

Here are some notable takeaways:

A sizable chunk, $8.2 million, is going to one project: the expansion of the Alazan-Apache Courts, an 88-unit all-public housing development that would be built on an empty baseball field along Vera Cruz south of Guadalupe Street.

The project belongs to Opportunity Home San Antonio, formerly known as the San Antonio Housing Authority, which wants to redevelop the aging Alazan-Apache Courts on the near West Side. The strategy includes renovating some units, building others anew, and demolishing some that rest in the floodplain along Alazan Creek.

In a major policy shift, Opportunity Home is attempting to rebuild the 1,784 public housing apartments the agency demolished in San Antonio over the last 20 years. The Alazan-Apache Courts expansion is the beginning of this major initiative, and its one in lockstep with the desires of many affordable housing advocates, including District 5 Councilwoman Teri Castillo.

“I believe—my team is researching—but we may be one of the first cities to invest in their public housing,” Castillo said at last week’s meeting. “That’s very instrumental and a huge shift in where we had been going before.”

Under previous leadership, Opportunity Home SA, while following national housing policy, had replaced the public housing it razed—large communities such as the Victoria Courts south of Hemisfair and the Wheatley Courts on the East Side—with mixed-income housing, a strategy that has for decades been criticized by some and lauded by others. Now, with the city’s help, Opportunity Home San Antonio is trying to reverse this policy.

In public housing, a household pays roughly a third of their income on rent no matter how little they make per month.

Alamo Community Group has struggled to complete the project’s financing due to rising interest rates and the cost of construction.

The project is known as a transit-oriented development because of its proximity to VIA Metropolitan Transit’s Centro Plaza station on Frio Street. As such, there are only 20 parking spaces planned with the idea that future tenants will use the bus to get to and from work.

The project is using 4 percent low-income housing tax credits, along with a variety of other incentives at the local and county level, to help fund the project in which 117 units would be reserved for people making up to 60 percent of the area median income (AMI) and 21 units for those making up to 30 percent AMI. (Scroll down for a chart showing AMI levels.)

or 1,551 units, are considered affordable housing by the city’s definition in the Strategic Housing Implementation Plan (2001), meaning they are reserved for people making up to 60 percent AMI, which is $44,820 for a family of three in the greater San Antonio-New Braunfels area.

or 908 units, are considered above the affordable housing threshold of 60 percent AMI, according to the city’s definition.

or 763 units, are considered very affordable, according to the city, meaning they are reserved for people making up to 50% AMI.

or 553 units, are considered deeply affordable, according to the city, meaning they are reserved for people making up to 30% AMI.

or 181 units, are market-rate priced, meaning the landlord can charge whatever rent someone is willing to pay.

or 88 units, are public housing, meaning the tenant pays about a third of their monthly income no matter how little they may make.

For a complete breakdown of the projects by AMI, scroll to the bottom.

or all 71 units, will be priced for people making up to 80 percent AMI, but prioritized for those who make up to 60 percent AMI.

For example, at the 63-home expansion of the Rancho Carlotta subdivision in District 4 by Habitat for Humanity, which is receiving an award of $4.3 million, the starting price for a home will be $115,000.

A handful of metrics illustrate the need for the city’s $150 million affordable housing bond.

Most notably, in its Strategic Housing Implementation Plan (2021), the city estimated there are 95,000 households who spend more than 30 percent of their income on housing, or what’s known as being cost-burdened. The city reached this estimation using U.S. Census Bureau data.

Another metric: Opportunity Home San Antonio, formerly the housing authority, says there are roughly 60,000 households on its waitlist for a public housing unit or a housing voucher. It should be noted that some families apply to both lists, so there are duplicates. 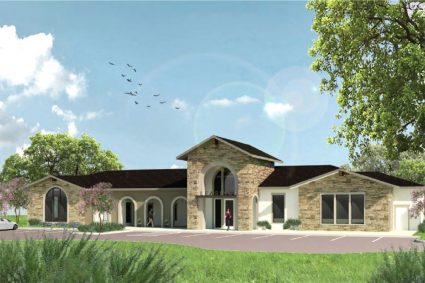 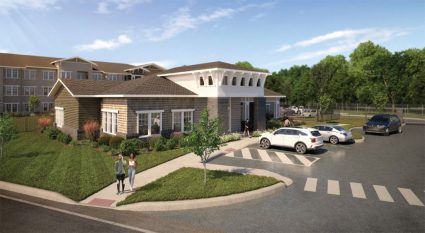 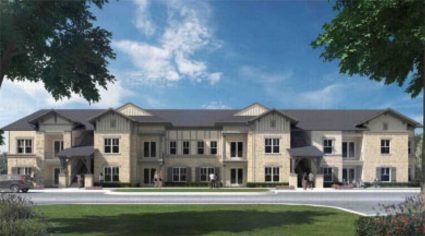 Analysis: How we got here

The housing bond was crafted to prioritize housing for San Antonio’s most vulnerable people—in particular, those who make up to 50 percent AMI, with a focus on 30 percent-and-below households, according to parameters set by a community bond committee late last year.

But some housing advocates have said the city is rushing the process, and not leaving enough time to think up more innovative methods that would result in the deepest levels of affordability. By beginning the process of choosing housing projects in late August, more than three months after the election, and not next year, some housing activists said projects composed of a mix of rent levels—and not strictly deeply affordable rents—would be favored.

The developments that were already in the pipeline, meaning that major pieces of their financing puzzle were already in place save for a smaller funding gap, didn’t address the 30 percent AMI focus set by the bond committee, they said.

Mayor Ron Nirenberg said delaying the solicitation process would jeopardize housing developments in the pipeline that offered affordability at many levels.

There are projects that support both the arguments of the activists and Nirenberg.

The question is: Are they affordable?

The city defines deeply affordable apartments as those reserved for people making up to 30 percent AMI, which is $22,410 for a family of three in the San Antonio-New Braunfels region. By that measure, 22 percent of the apartments either produced or rehabbed by this first round of bond funding are deeply affordable: 88 public housing units, and 464 units for those making up to 30 percent AMI.

Unpacking the 30 percent AMI bracket, Opportunity Home San Antonio says a household making much less than 30% AMI cannot afford those apartments (what’s defined as “critically affordable” in the graphic above), demonstrating the need for more public housing for those tens of thousands on its waitlist.

According to the city, apartments reserved for people making 50 percent AMI or less are characterized as very affordable, while anything under 60 percent AMI is considered affordable.

First round of housing bond funding to be disbursed December 2022.

The $43.9 million is not all composed of bond funding. Some comes from the federal Community Development Block Grant (CDBG) program, from the HOME Investment Partnerships Program (HOME), and from the Neighborhood Stabilization Program (NSP).

Here’s how the funding breaks down by bond category: