The traffic situation on West Commerce Street is not getting better anytime soon.

Two major projects — San Pedro Creek Culture Park and bond upgrades — will have portions of the street closed the next two years. And construction of the Canopy Hilton Hotel at Commerce and St. Mary’s Street will also close lanes.

The current phase of the San Pedro Creek Culture Park has Commerce closed from North Flores to North Laredo streets, though drivers are still able to access Penner’s, the Holiday Inn Express and San Fernando Hall. The closure is for utility work underneath the creek that’s needed before construction on the next phase of the park can begin, said Monica Trevino-Ortega, public information officer at the San Antonio River Authority.

The street’s been closed since June, and will remain so through the end of September. Then, a single lane will remain open until August 2019. 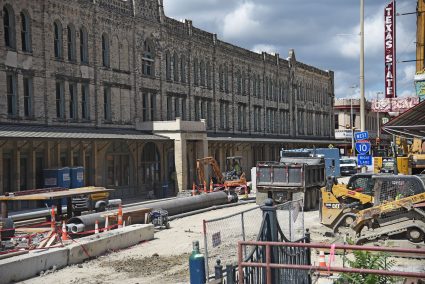 Four blocks east on Commerce, the construction of the 24-story Canopy Hilton Hotel, a development by Esquire Tavern owner Chris Hill, has had North St. Mary’s Street closed since early May and has rerouted southbound traffic to Presa. That closure is expected to end Aug. 30. However, before St. Mary’s closure clears up, portions of Commerce will be closed at this intersection Aug. 27-30, according to city records. The hotel development is expected to open November 2019, Hill said.

The largest project is $15 million in bond upgrades, funded by the 2012 and 2017 bond programs. The project, which received preliminary approval from the Historic and Design Review Commission last week, will shut down portions of Commerce — from North St. Mary’s to San Rosa streets — for 18 months beginning January 2019.

The project is expected to begin at the west end of Commerce and continue eastward toward North St. Mary’s Street two blocks at a time. Construction will alternate onto different sides of the street, said David McBeth, a capital programs manager in the city’s Transportation and Capital Improvements department.

He said the city plans to make an effort to keep at least one lane on Commerce open throughout construction, but there will be periodic closings at intersections when concrete is being poured. The dates for the specific closures are unknown until the city hires a contractor for the job, he said.

The 102-year-old Penner’s clothing store, located at corner of West Commerce and Camaron streets, is in the thick of the construction.

Co-owner Mitchell Penner said river authority officials have been very responsive over the past few years, keeping local business owners up to date about the construction.

While the store has seen a drop in foot traffic, they’ve maintained their flow of regular customers, he said. Penner’s, he said, isn’t so much driven by tourism. It’s more of a destination spot for people looking for specific items, such as classic menswear, Guayabera shirts, and some women’s wear.

If the company were more like an H-E-B, with customers popping in twice a week, he said, Penner’s would have taken a bigger hit. But most of the customers they cater to come in a few times a year.

“Do I wish the city and county would work together and maybe award the same contractor the project because they’re already here and figure out how to work together to work at the same time?” he asked. “I just think it makes the most sense.”

He’s confident Penner’s will make it through the two years of construction by tightening their inventory and making smart business decisions.

Penner doesn’t blame the city or county for the congested situation on Commerce, though. He said he knows it’s a tough area to work on. The outcome, he hopes, will be worth the wait.

“Their goal is not to hurt any local businesses,” Penner said. “They’re not trying to do that … They have an area that really does need enhancement.” 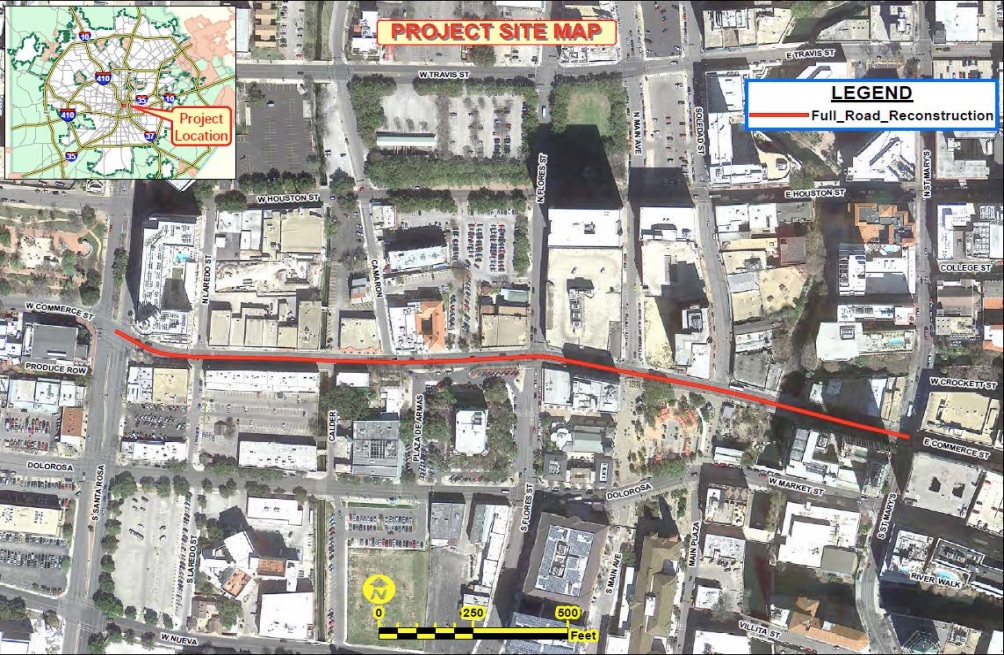 In the 2012 bond package, $9 million was include for Commerce Street improvements.

But after Zona Cultural (west downtown) was designated as a 44-block metro cultural district in 2015, the project expanded.

“We really thought about the scope of the project and what we would really like to see,” McBeth said. “That’s when the idea of transforming this area to try to make it a special place in Zona was talked about.”

A 2017 bond program provided an additional $6 million to the project, increasing the total allocation to $15 million.

McBeth said it made more sense to rebuild seven blocks of Commerce with larger sidewalks for a more pedestrian-friendly experience.

“The experience for pedestrians, I think, is going to be much better than it is today,” McBeth said.

“Our design is being developed to relate more to the Zona district and make it distinctive,” he said.

Some other proposed elements of the project include the following:

The number of lanes on Commerce will be reduced from four to three, but won’t have an impact on people’s travel time through downtown, McBeth said.

Three lanes of traffic can generally handle about 5,000 vehicles per hour during peak hours. The stretch of Commerce that will undergo construction sees 500-1,200 vehicles during peak travel times.

Commerce currently has four 11-foot lanes and 8- to 10-foot sidewalks on both sides of a typical stretch of the street. According to renderings, the new walkways will include 20-foot sidewalks and 10-foot sidewalks with ADA standard ramps. The width of the new road lanes will vary between 10-12 feet.

Over the course of the next few months, the city will put out bids and hire a contractor and City Council will ultimately approve the project. McBeth said a public meeting will also be held with local businesses and building owners, so they’re not caught off guard by the construction timeline.

View project renderings and other details of the project here. 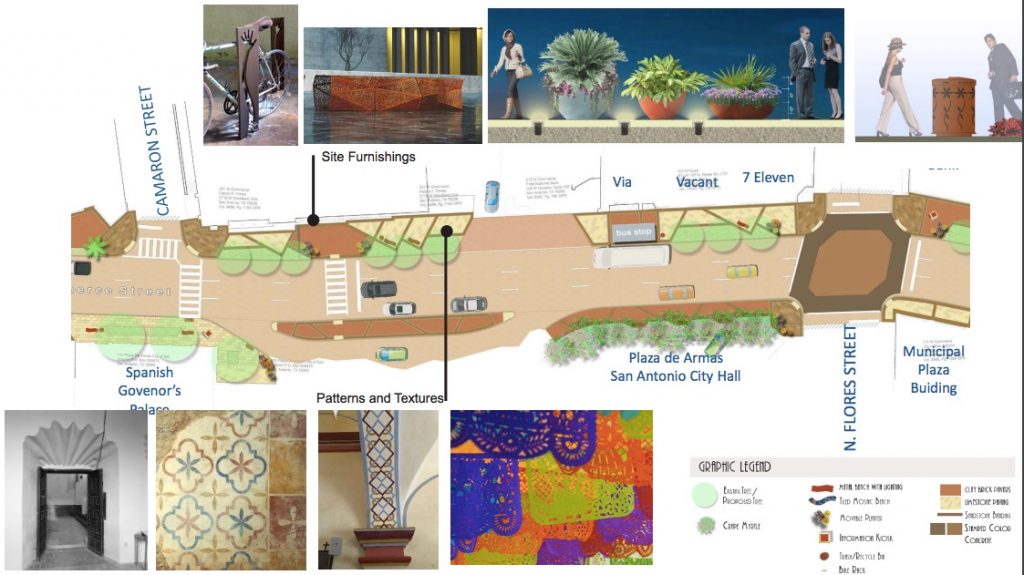