The developers of a mixed-use development at the corner of Broadway and Jones Avenue are seeking initial approval for its design later this week.

Plans for the five-story, 280-unit apartment building with three prominent retail spaces on the ground floor goes before the Historic and Design Review Commission on Wednesday.

The $57 million project is being built by NRP Group in partnership with the San Antonio Housing Trust Public Facility Corp. (PFC), a city-formed nonprofit, on roughly 2.6 acres of land owned by another developer, James Lifshutz.

A San Antonio Express-News article earlier this year reported that Lifshutz would sell the property to the NRP/PFC partnership, and purchase the retail spaces.

Two big takeaways from poring over the application:

» This project, unlike so many new ones, will have plenty of retail space.

“The majority of the facades at both the ground and second levels between the previously noted corners also feature retail space that promote active spaces and animate the street scene.”

» Because the nonprofit San Antonio Housing Trust PFC is involved, the development team does not pay property taxes.

In return, half of the units will be rented to households making 80 percent of the area median income (AMI), which in the greater San Antonio area is $50,800 for a family of four. The rest will be priced at market-rate, which in the River North area is north of $2 a square foot. So you’d be paying around $1,000 or more to live in an efficiency.

Some — many? — question whether units priced at 80 percent AMI can truly be considered affordable. This excellent Express-News article by reporter Richard Webner explores some of those arguments.

Below are more renderings taken from the HDRC agenda. The application does not indicate each image’s perspective. 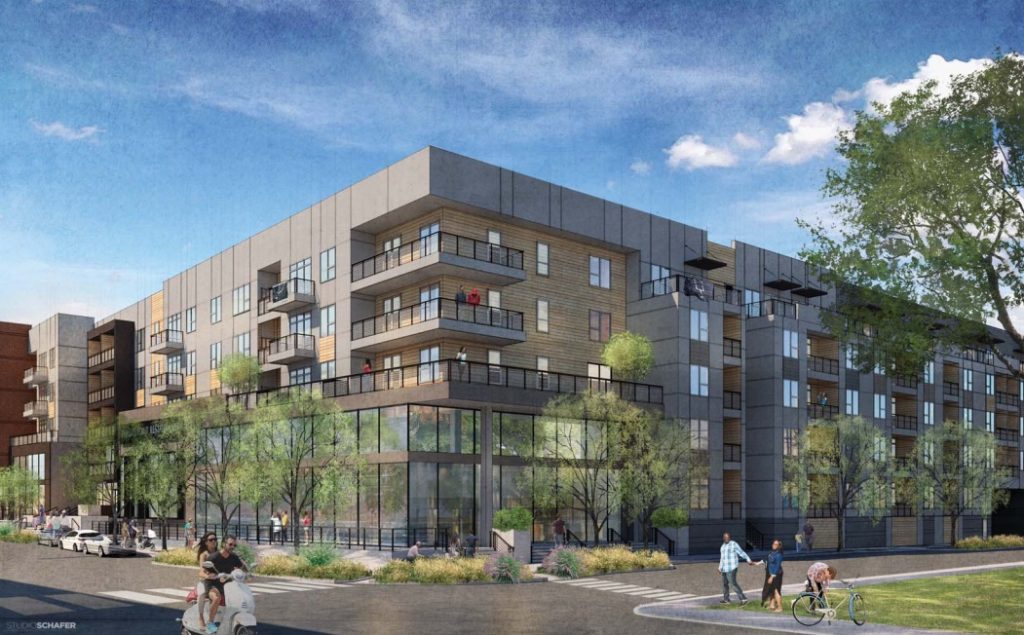 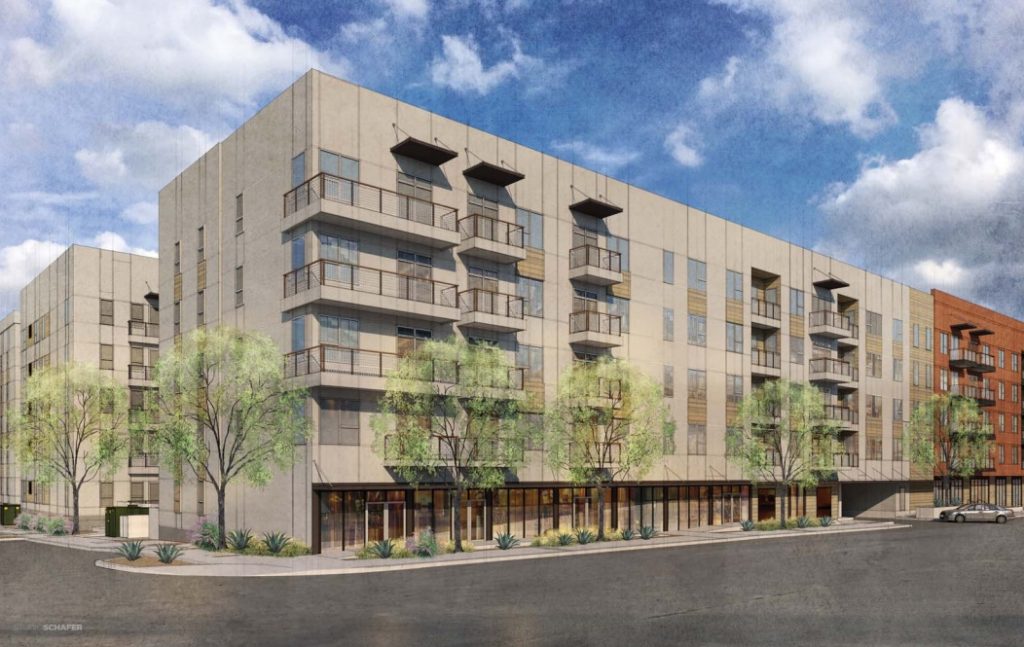 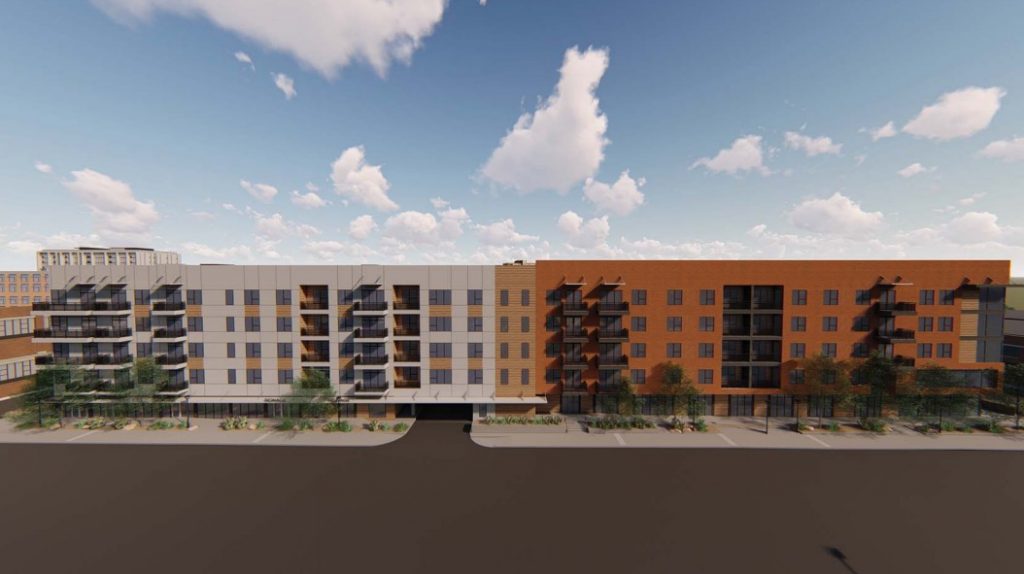 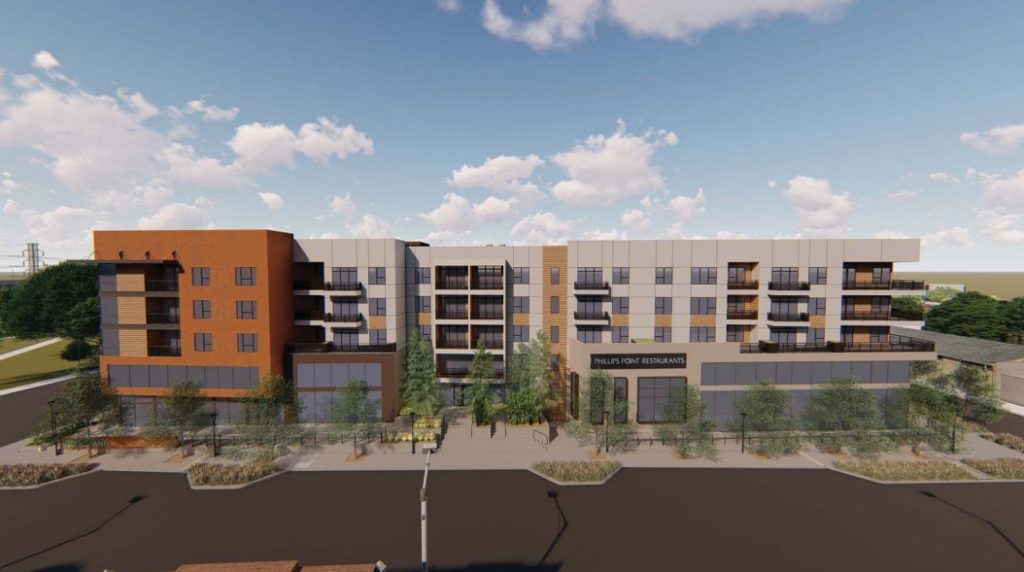 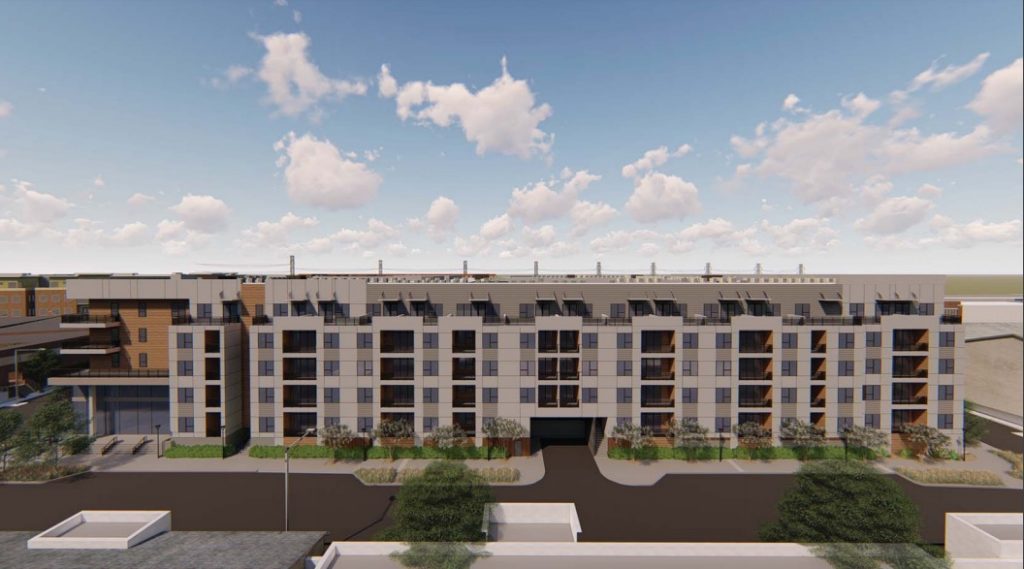 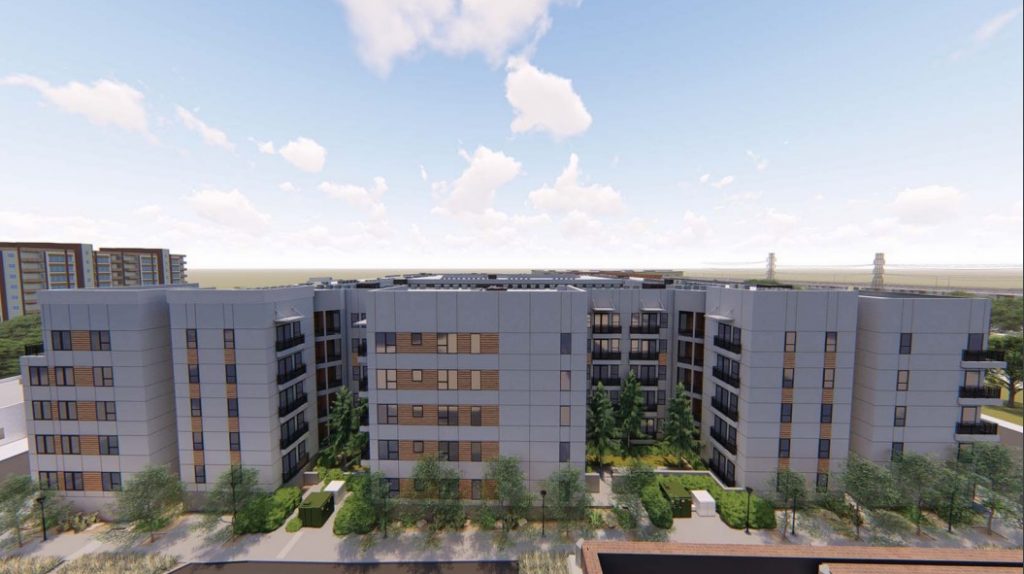