Plans for the expansion of the Alameda Theater building, which will house Texas Public Radio offices and event space, go to the Historic and Design Review Commission for first review on Wednesday.

Outside, the project would create a kind of secondary facade that connects to San Pedro Creek. On the other side of the creek, a small outdoor amphitheater would face the side of the building where movies would be shown. Another marquee, advertising this building as the headquarters for Texas Public Radio, would face visitors approaching from the south on the creek.

The plans also add a third and fourth level to the theater’s south-facing rear that was added to the theater in 2012, bringing to total space from 16,850 to 47,000 square feet.

A digital news ticker would crawl around the south and east sides of the building.

Inside, the plans include a black box theater that would serve as the “living room for discussions, topics, and dialogue central to Texas and the local community,” according to the project’s description.

The Alameda Theater, which opened in 1949 and closed in the late 1980s, is envisioned as a multimedia performing arts and film center with a focus on telling the Latino story. Its projected re-opening is Jan. 1, 2020. 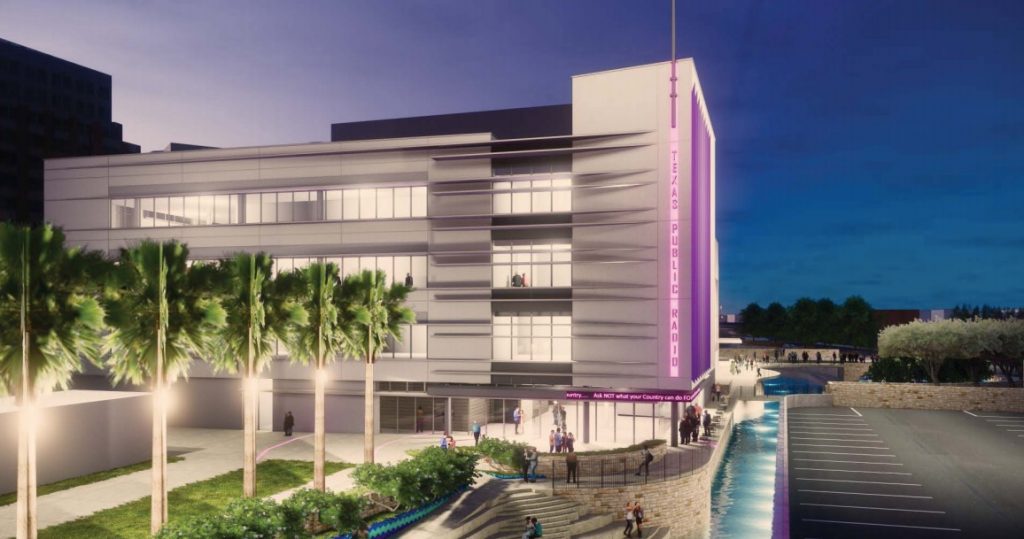 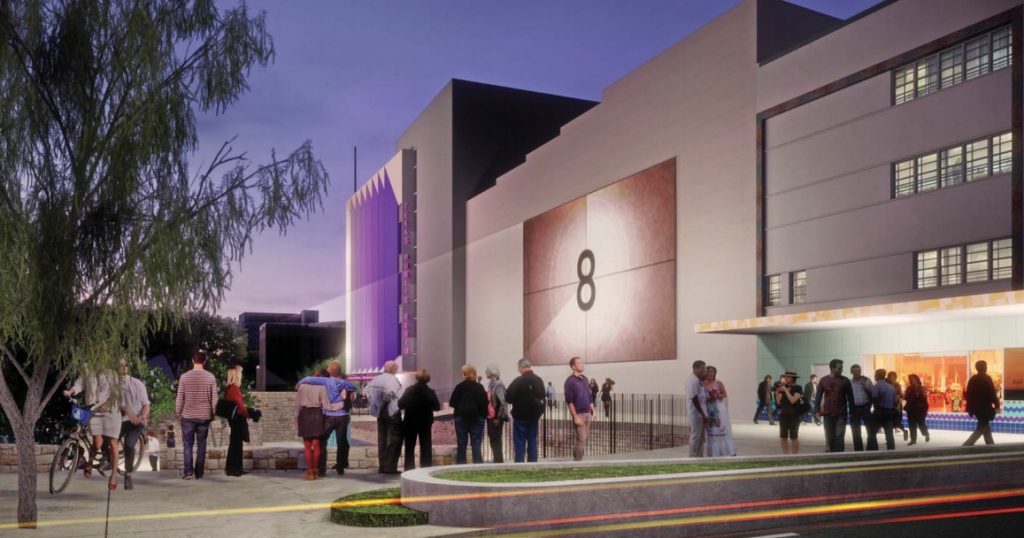 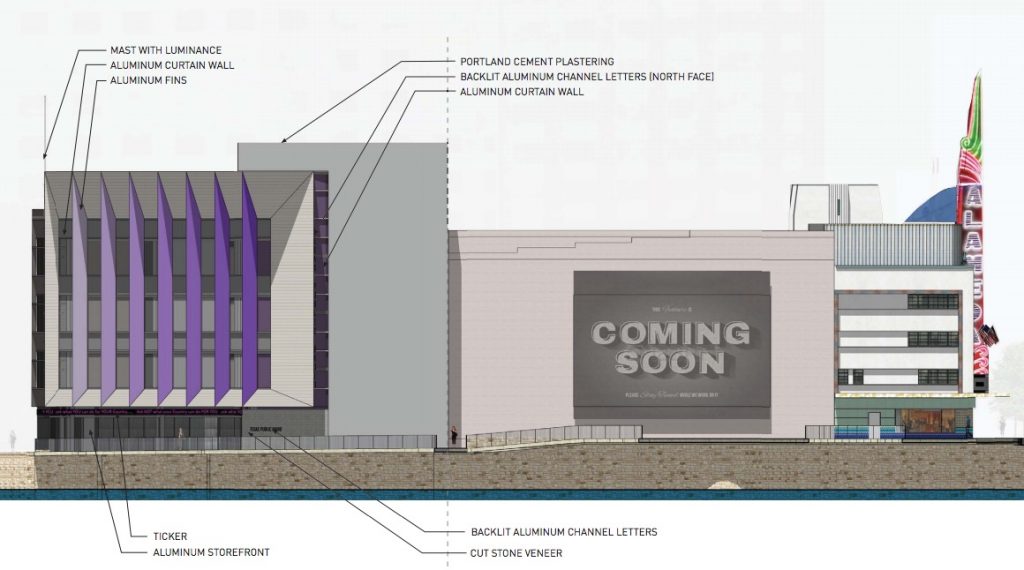